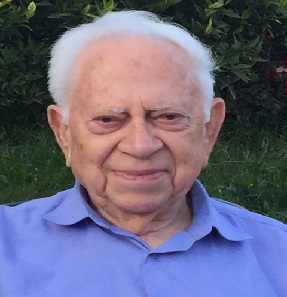 Professor Nevo is one of the leaders of evolutionary biology, and among the founders of modern evolutionary theory (Citation from Israel Prize of Life Sciences 2016) at University of Haifa, Israel. Prof. Nevo established and directed the world famous Institute of Evolution (IOE, 1973-2008) and the International Graduate Center of Evolution (IGSE) (2004-2008). Prof. Nevos’ scientific career involved interdisciplinary studies of biodiversity evolution, adaptation, and speciation across life based on the science he advanced of Evolutionary Functional Ecological Genetics and Genomics across life from viruses and bacteria through fungi, plants, animals and humans. Prof. Nevo has published ~ 1500 scientific papers, 1000+ peer reviewed, and 37 books. He is one of the highly cited scientist (52,812 citations), h-index 107 and i10 index 812. He contributed substantially to the understanding of genetic diversity, correlates and predictors of genetic diversity in nature, under diverse environmental stresses (chemical, climatic, thermal, biotic, and atomic). His studies involve genes, genomes, phenomes, populations, species, and ecosystems of bacteria, fungi, plants, animals, and humans focusing on the structure, function, and causation of genetic diversity in nature at local, regional and global scales. Prof. Nevo was elected to the National Academy of Sciences, US in 2000, and won the Israeli Prize of Life Sciences in 2016. In 2002 he was described as a “Highly Cited Researcher” in Current Content: Upper 1/2% of all published world research during last 2 decades (American Society for Information Science and Technology). According to Thomson Reuters, he is among the top highly cited researchers in the world. Prof. Nevo is a Foreign Member of the Linnean Society London (1990), and of the Ukraine Academy of Sciences (1997), an Honorary Member of the Ukraine Botanical Society (1995), of the American Society of Mammalogists (2002), and the Israel Zoological Society (2007). He received Honorary doctorates from World University (1990), the University of Duisburg-Essen (2009) Germany, Yorker International University (2009), and International Biogeographical Centre, Cambridge (IBC, UK).